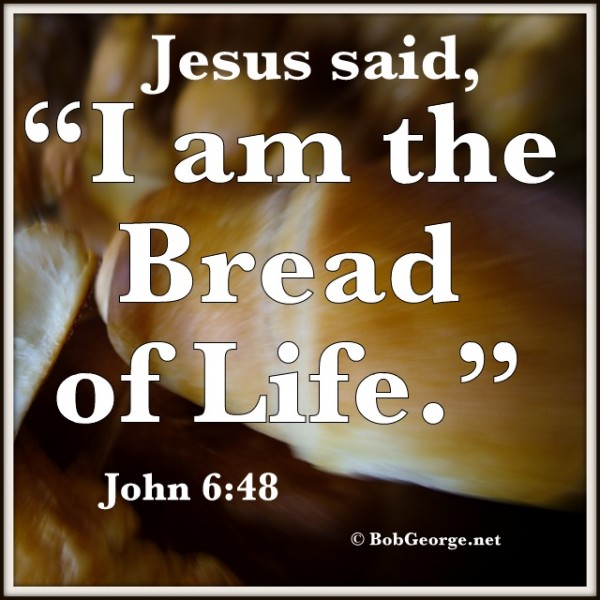 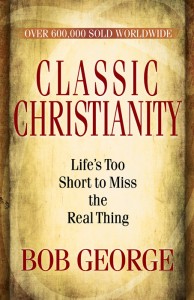 …”There are those who sincerely try to live a life they do not have, substituting religion for God, Christianity for Christ, and their own noble endeavors for the energy, joy, and power of the Holy Spirit. In the absence of reality, they can only grasp at ritual, stubbornly defending the latter in the absence of the former, lest they be found with neither! There are those who have a life they never live. They have come to Christ and thanked Him only for what He did, but do not live in the power of who He is. Between the Jesus who was and the Jesus who will be they live in a spiritual vacuum, trying with no little zeal to live for Christ a life that only He can live in and through them, perpetually begging for what in Him they already have!” Major Ian Thomas (From the forward of Classic Christianity)

Romans 5:10
“For if, when we were God’s enemies, we were reconciled to Him through the death of His Son, how much more, having been reconciled, shall we be saved through His life!”

Now having been cleansed of all unrighteousness and the sin issue settled forever, there are only 2 things left that God had to do for man:

I. God’s Gift of Righteousness.

A. Righteousness is From God.

Romans 1:16-17
“I am not ashamed of the gospel, because it is the power of God for the salvation of everyone who believes: first for the Jew, then for the Gentile. For in the gospel a righteousness from God is revealed, a righteousness that is by faith from first to last, just as it is written: The righteous will live by faith.”

Philippians 3:7-9
“But whatever was to my profit I now consider loss for the sake of Christ. What is more, I consider everything a loss compared to the surpassing greatness of knowing Christ Jesus my Lord, for whose sake I have lost all things. I consider them rubbish, that I may gain Christ and be found in Him, not having a righteousness of my own that comes from the law, but that which is through faith in Christ – the righteousness that comes from God and is by faith.”

B. Righteousness is a Gift.

Galatians 2:21
“I do not set aside the grace of God, for if righteousness could be gained through the law, Christ died for nothing!”

Remember: Before righteousness could be given, man had to be totally forgiven and cleansed of all unrighteousness.

C. You Have Become The Righteousness Of Christ.

1 Corinthians 1:30-31
“It is because of Him that you are in Christ Jesus, who has become for us wisdom from God – that is, our righteousness, holiness and redemption. Therefore, as it is written: Let him who boasts boast in the Lord.”

2 Corinthians 5:21
“God made Him who had no sin to be sin for us, so that IN Him we might become the righteousness of God.”

A. Man’s Condition Under The Law – Spiritually Dead.

Galatians 3:21
“Is the law, therefore, opposed to the promises of God? Absolutely not! For if a law had been given that could impart life, then righteousness would certainly have come by the law.”

Romans 7:10
“I found that the very commandment that was intended to bring life actually brought death.”

Romans 5:12
“Therefore, just as sin entered the world through one man, and death through sin, and in this way death came to all men, because all sinned.”

Ephesians 2:1
“As for you, you were dead in your transgressions and sins.”

John 3:36
“Whoever believes in the Son has eternal life, but whoever rejects the Son will not see life, for God’s wrath (Death) remains on him.”

John 3:18
“Whoever believes in him is not condemned, but whoever does not believe stands condemned (Dead) already because he has not believed in the name of God’s one and only Son.”

B. God’s Provision Under Grace – Saved By His Life.

1. Man is not merely saved by the death of Christ, but by the LIFE of Christ.

Romans 5:10
“For if, when we were God’s enemies, we were reconciled to Him through the death of His Son, how much more, having been reconciled, shall we be saved through His life!”

Colossians 2:13
“When you were dead in your sins and in the uncircumcision of your sinful nature, God made you alive with Christ. He forgave us all our sins.”

John 10:10
“The thief comes only to steal and kill and destroy; I have come that they may have life, and have it to the full.”

John 5:39-40
“You diligently study the Scriptures because you think that by them you possess eternal life. These are the Scriptures that testify about me, yet you refuse to come to me to have life.”

Romans 6:23
“For the wages of sin is death, but the gift of God is eternal life in Christ Jesus our Lord.”

Ephesians 2:4-5
“But because of His great love for us, God, who is rich in mercy, made us alive with Christ even when we were dead in transgressions – it is by grace you have been saved.”

John 14:19
“Before long, the world will not see Me anymore, but you will see Me. Because I live, you also will live.”

John 5:24
“I tell you the truth, whoever hears my word and believes him who sent me has eternal life and will not be condemned; he has crossed over from death to life.”

2. Salvation is restoring man to his true humanity.

Colossians 1:25-27
“I have become its servant by the commission God gave me to present to you the word of God in its fullness – the mystery that has been kept hidden for ages and generations, but is now disclosed to the saints. To them God has chosen to make known among the Gentiles the glorious riches of this mystery, which is Christ in you, the hope of glory.”

III. In Him You Have Eternal Life.

Hebrews 13:5
“God has said, Never will I leave you; never will I forsake you.”

B. Questions To Consider:

IV. Conclusion: In Him You Are Complete.

Colossians 2:9-10
“For in Christ all the fullness of the Deity lives in bodily form, and you have been given fullness (completeness) in Christ, who is the head over every power and authority.”

2 Peter 1:3
“His divine power has given us everything we need for life and godliness through our knowledge of him who called us by His own glory and goodness.”

Ephesians 1:13
“And you also were included in Christ when you heard the word of truth, the gospel of your salvation. Having believed, you were marked in him with a seal, the promised Holy Spirit.”

V. The Christian Lives By Faith.

Ephesians 2:8-9
“For it is by grace you have been saved, through faith – and this not from yourselves, it is the gift of God – not by works, so that no one can boast.”

Romans 14:23b
“Everything that does not come from faith is sin.”

Colossians 2:6
“So then, just as you received Christ Jesus as Lord, continue to live (by faith) in him.”

Hebrews 10:38a
“But my righteous one will live by faith.”

Hebrews 11:6
“And without faith it is impossible to please God, because anyone who comes to him must believe that he exists and that he rewards those who earnestly seek him.”

A. Faith Must Have An Object.

B. The Object of the Christian’s Faith is Jesus Christ and His Finished Work.

John 11:25-26 (KJV)
“Jesus said unto her, I am the resurrection, and the flife: he that believes in Me, though he were dead, yet shall he live: And whosoever lives and believes in Me shall never die.”

Galatians 2:20
“I have been crucified with Christ and I no longer live, but Christ lives in me. The life I live in the body, I live by faith in the Son of God, who loved me and gave himself for me.”

B. Are You Willing to Accept Christ as Your Life?